September 10th, 2014 | Posted by Jake Nolan in Android | Rental | Tablet
7 inch tablets are starting to get phased out. People still want super compact tablets, but now that smartphones are starting to become more popular people are starting to want tablets that are a little bit bigger as well. 8 inches seems to be the most popular size for smaller tablets now. They are still small enough to hold in one hand and transport very easily, but they still big enough to be noticeably bigger than most smartphones. Lenovo’s new Tab 8 has been announced recently and it is sure to be one of the more popular tablets on the market. It offers a nice Android experience on a 1920 x 1200 screen for just $199. 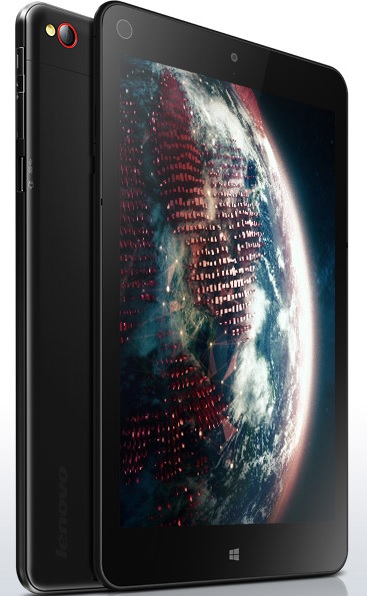 The Lenovo Tab 8 runs on its own custom version of Android 4.4 KitKat and is powered by an Intel quad-core 1.3 GHz Atom Z3745 processor. This processor is really good. Even good enough to do video editing or gaming with. The Tab 8 comes in two different versions, a Wi-Fi only version or a 4G LTE version. It has 2GB of RAM, 16 GB of storage space, front facing speakers and Bluetooth 4.0. It also features a rear facing 8 MP camera with a f2.2 lens so that you can take better pictures in low light settings. The front facing camera is nothing more than what you would generally expect, but at least it has one so that you can Skype and do things of that nature. 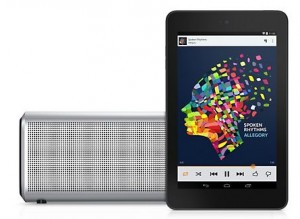 A few of the main competitors to this tablet fall a little bit short in comparison. The Dell Venue 8 (left) costs the same amount of money and is thicker, heavier, has a dual core processor, 1GB of ram and has a rear camera that is only 5 MP. The ASUS MeMO Pad 8 ME181C is another competitor around the same price range which is also heavier and the resolution is way worse.

The Tab 8 is said to get about 7 hours of life off a full charge. This is about an hour less than the average for this type of tablet, but you have to give it credit still. It is a lot more powerful than most tablets in its class and the battery life is only one hour less. It seems pretty worth it to me.

One thing that the Lenovo Tab 8 lacks is any type of extra or special features. Some of the Samsung tablets have things like multi window mode, gesture control and things like that. You won’t find any of that with the Tab 8, but the performance makes up for it in my opinion. If you are going to invest a substantial amount of money into a piece of technology, I feel like you should get more than a few cheap thrills that you’re not even going to appreciate after the first 3 hours of use anyway.

There is no official word on when we could be seeing this neat little tablet in the United States yet, but you can be sure that it will most certainly hit shelves in time for the holiday season.