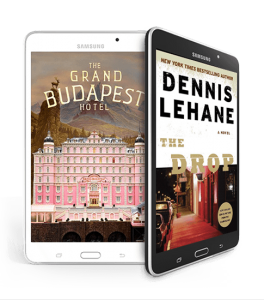 Samsung and Barnes & Noble have teamed up to put together a brand new tablet. They have officially unveiled their collaboration. It is called the Samsung Galaxy Tab 4 Nook.

Basically, the tablet looks pretty identical to the standard 7 inch Galaxy Tab 4. The main difference is that it comes loaded with Barnes & Noble Nook software.

The tablet can still use and run on Android software. If you choose to go that route, the software will be modified to include the Samsung features along with the Barnes & Noble features. This means that there will still be the Nook shop, but it will also have features that Samsung would build into it like the ability to run apps and open multiple windows at a time on the home screen.

Barnes & Noble announced that the new tablet will be available today. It costs $179 and Barnes & Noble is also throwing in $200 worth of apps and books, all for free.

A couple months ago, Barnes & Noble announced that they wouldn’t be making their own Nook tablets anymore. In June, Samsung and Barnes & Noble announced that they would be working together to bring us the next installment of the Nook, but they did a really good job at keeping all of the details quiet. This is the first thing we have even heard about it, and it is already out. Enjoy!