The Future Of 3D Tablets 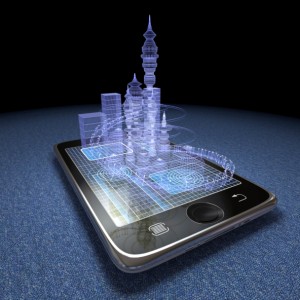 Google is currently has a major project in the works, Project Tango. It’s a research project that is focussed on trying to create tablets and smartphones that are 3D-enabled and aims to produce devices that can learn and map the world. Google’s Project Tango lead, Johnny Chung Lee, stated that Google is currently teaming up with LG Electronics to build a 3D tablet that is rumored to go on sale sometime in 2015 and will have the technology to map out surroundings in 3D. The tablet is said to provide a 3D view of the world that will give incredible user experiences.

How is this going to work?
Google’s Project Tango uses a variety of sensors to see and map out the world around it in 3D technology, and now Google is trying to shape all that technology and information into a functional tablet. It’s rumored that the tablet will be sold as a $1,024 development kit later this year, so Google is building thousands of them. The biggest addition to this tablet is its camera and depth sensor, which lets the tablet take measurements of its surroundings, and then allows it to map out indoor locations. The tablet itself will feature a 7-inch screen, infrared depth sensors, two cameras, and advanced software that will be able to capture precise three-dimensional images of objects. The 7-inch tablet runs on a NVIDIA Tegra K1 processor and has 4GB of RAM, 128GB of storage, Wi-Fi, BTLE and 4G LTE. A lot of different ideas have been tossed around about what this function can be used for, but the primary focus appears to be creating maps of the interiors of public buildings and to give its users a better idea of what’s around them. But still, everything is still being developed and tested for improvements and new ideas. Developers can be notified by signing up when the unit goes on sale later this year for $1,024.

Did You Know That You Can Rent Tablets In Large Quantity? Contact RentOurTablets.com For More Information 888-736-8301