Last month Apple announced that iOS 10 will be releasing this fall and unveiled many of the bells and whistles which will accompany the operating system upon its release. Apple announced 10 new features for iOS10 which they thoroughly delved into during their presentation at the Worldwide Developers Conference, but we can give you a basic rundown of what iOS 10 will do for you. 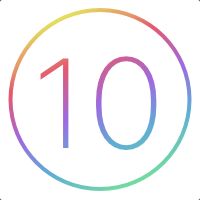 Apple has decided to update several visual aspects of your device with the release of iOS 10. Some fancy new graphics you can look forward to seeing include a redesigned lockscreen and a heavily improved Messages app. Improvements for the Messages app include videos sent inside messages can now be seen and played inside of the Messages app, and emojis will be displayed 3 times larger.

iOS 10 is heavily focused on improving user experience through interactivity. To improve user interaction Apple has done a number of things. Most notably, Apple has opened Siri for developers, meaning you should expect some of the top apps, such as Twitter or Instagram, to start integrating Siri into their design. Apple has also taken several much smaller steps to ensure an increase in user interaction, including:

Apple has also announced several quality of life improvements which will release alongside iOS 10.Two such improvements are a redesign of the Apple News app and transcripts for voicemail messages. Apple plans to clean up the news app’s interface and give it easier to sort categories.

If you need an Apple product rental, look no further. Get an affordable iPad rental today!