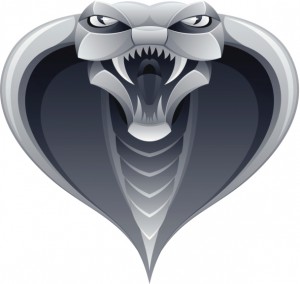 Android gaming hasn’t been taken too seriously so far. It is mainly limited to a few neat games you use to kill time during car rides. Recently, new Android “Console” devices have been popping up, like the MadCats Mojo or the Ouya Gamestick. These are two of the most recognizable Android gaming devices, probably because they are some of the only ones that exist. But, as CES 2014, a new tablet/Android gaming console was revealed. The Snakebyte Vyper…. and it is definitely an interesting Android device!

This new device has much more to offer than other similar gaming devices. The Vyper is a 7 inch tablet with a dock that lets you connect it to your TV. This allows you to play games and stream them directly to your television. The tablet has a 1280 x 800 resolution, 1GB of RAM, and 8GB of memory. It has two cameras, a rear 5MP and a 2MP front camera and is powered by a 1.6GHz quad-core processor.

The Snakebyte Vyper comes with the tablet, dock , and an AirMouse controller. The AirMouse resembles a standard remote control that would come with your TV. Either way, it’s really neat and usable, but there is the option to upgrade and buy the $49 gaming controller upgrade that seems much more logical. The interface of the Snakebyte is very organized, coming with different categories for movies, games, music, and everything else. So if you were to download a movie, you would have a much easier time finding it.

Contract RentOurTablets.com At 888-736-8301 For All Your Short Terms Android Tablet Needs!

The dock that comes with the tablet is L shaped and has slots for the tablet to slide into. The gaming controller looks like a mixture of the new Xbox of Playstation controllers, with standard joystick and D-pad, then the 4 other buttons on the other side, and also the trigger buttons.

The Snakebyte Vyper is a great little device that covers everything from a standard tablet to Android gaming on the big screen. The standard package is $199.99, and with the upgrade controller that puts the whole package at $249.99. This is a great choice for a serious gamer looking to take the Android experience to the next level. Play on the go, or play at home, and get all of your business work done at the same time